“If you’re in the luckiest one per cent of humanity, you owe it to the rest of humanity to think about the other 99 per cent.”
– Warren Buffett 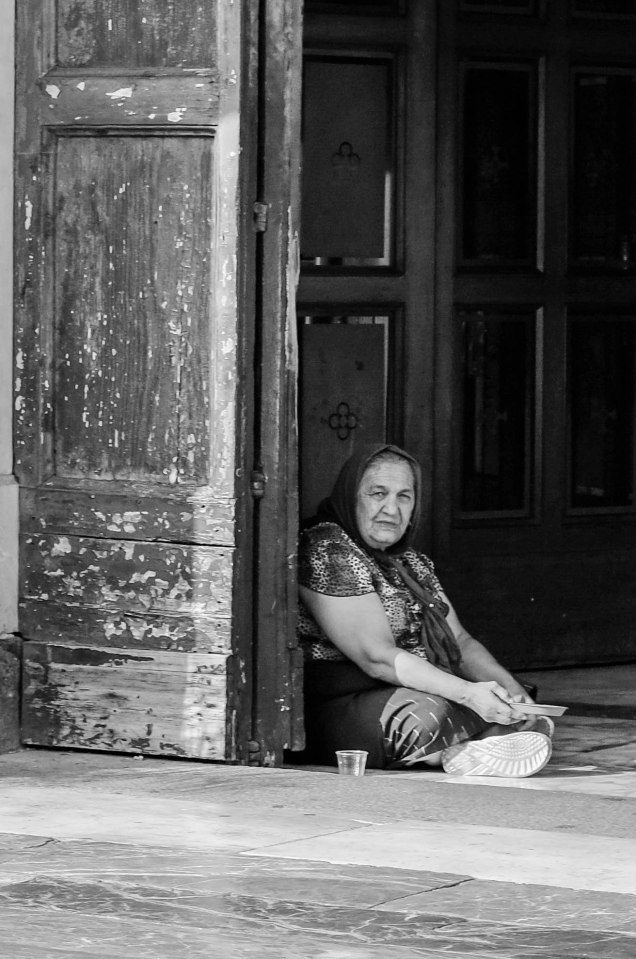 “Only when a person reaches old age can he stop caring about the opinions of his fellows, or of the public, or of the future.”
– Milan Kundera 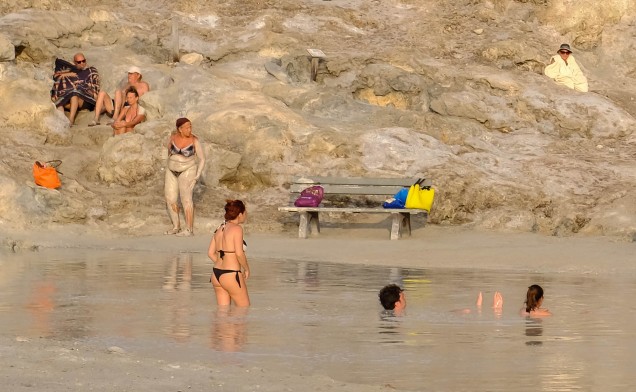 “I like a good story and I also like staring at the sea– do I have to choose between the two?”
– David Byrne 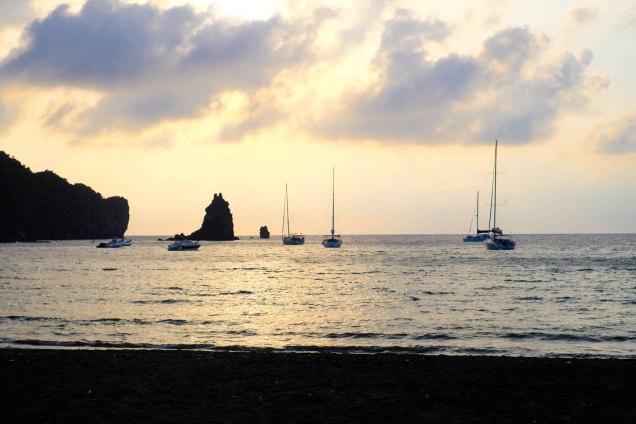 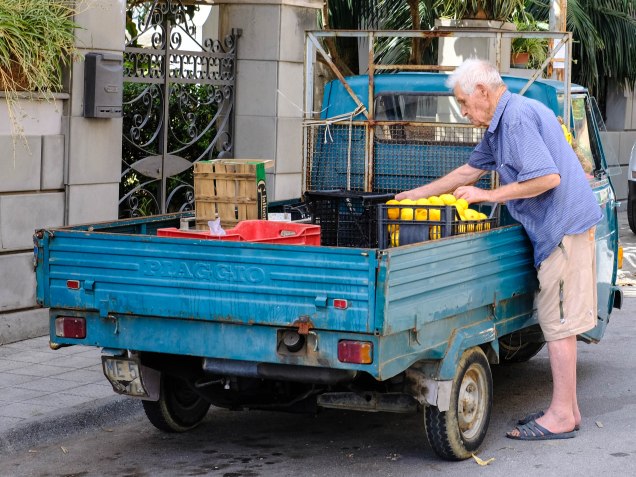 “The moment we begin to fear the opinions of others and hesitate to tell the truth that is in us, and from motives of policy are silent when we should speak, the divine floods of light and life no longer flow into our souls.”
– Elizabeth Cady Stanton 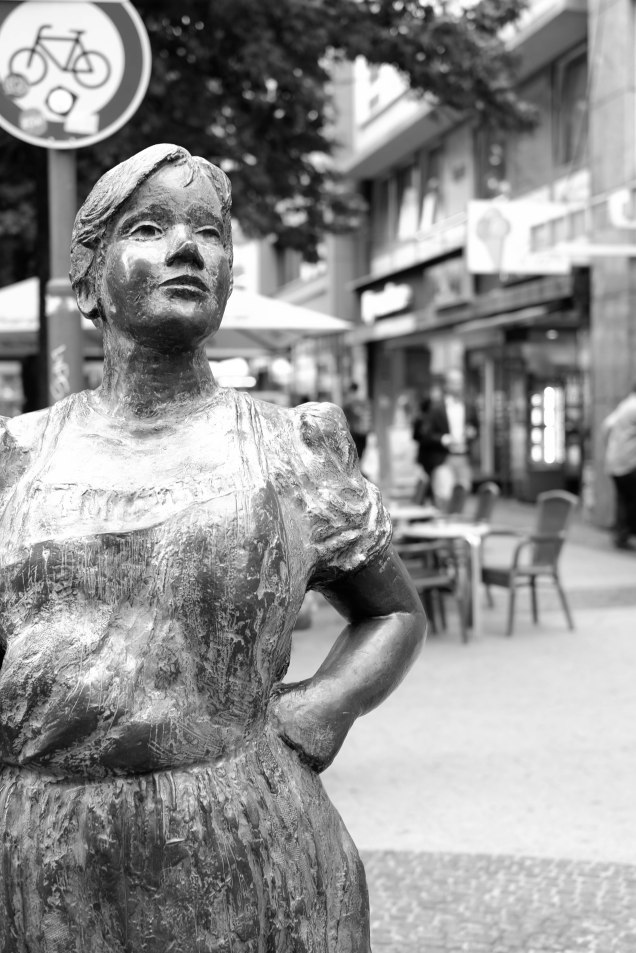 “In the history of art there are periods when bread seems so beautiful that it nearly gets into museums.” Janet Flanner, Paris Was Yesterday, 1925-1933 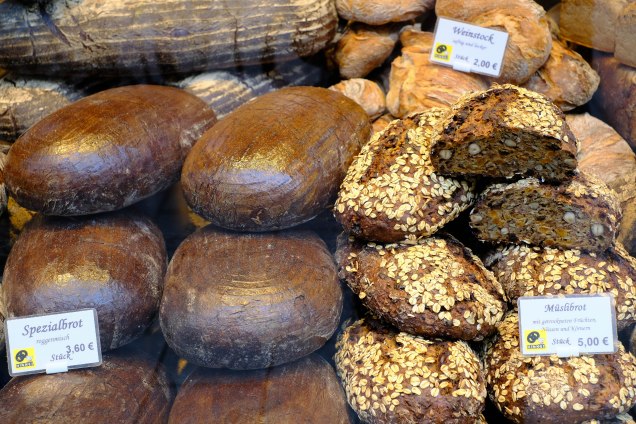 Below is a photograph of Katsura Finakoshi’s painted camphor wood and marble sculpture “Water without Sounds.” It can be found at the Museum Ludwig in Cologne, Germany.  Mr. Finakoshi deserves more exposure as an artist than he is given.

“If there were a little more silence, if we all kept quiet…maybe we could understand something.” – Federico Fellini 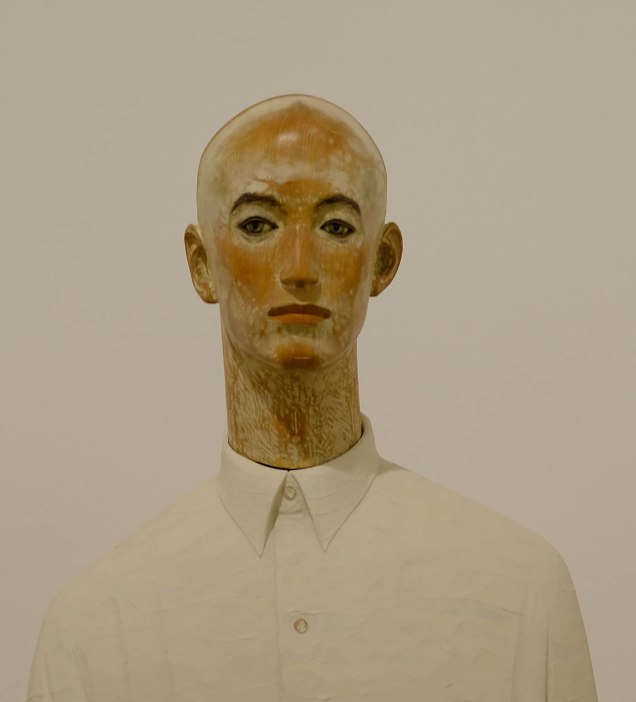 “The acquisition of knowledge is always of use to the intellect, because it may thus drive out useless things and retain the good. For nothing can be loved or hated unless it is first known.”
– Leonardo da Vinci 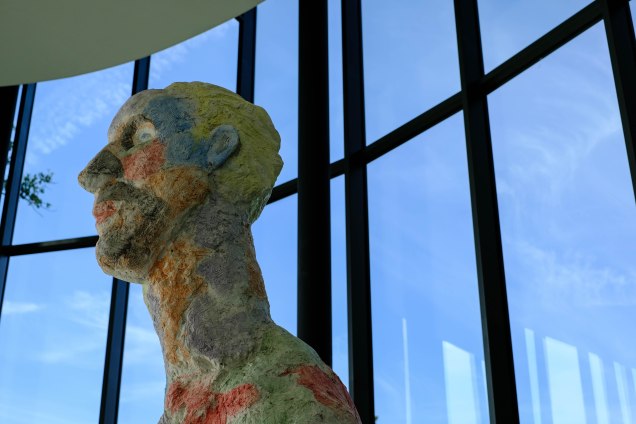 “It’s a little embarrassing that after 45 years of research & study, the best advice I can give people is to be a little kinder to each other.” – Aldous Huxley 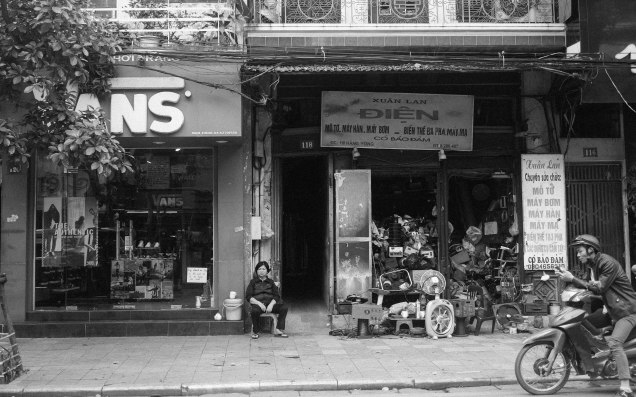 “A quiet secluded life in the country, with the possibility of being useful to people to whom it is easy to do good, and who are not accustomed to have it done to them; then work which one hopes may be of some use; then rest, nature, books, music, love for one’s neighbor — such is my idea of happiness.”
― Leo Tolstoy 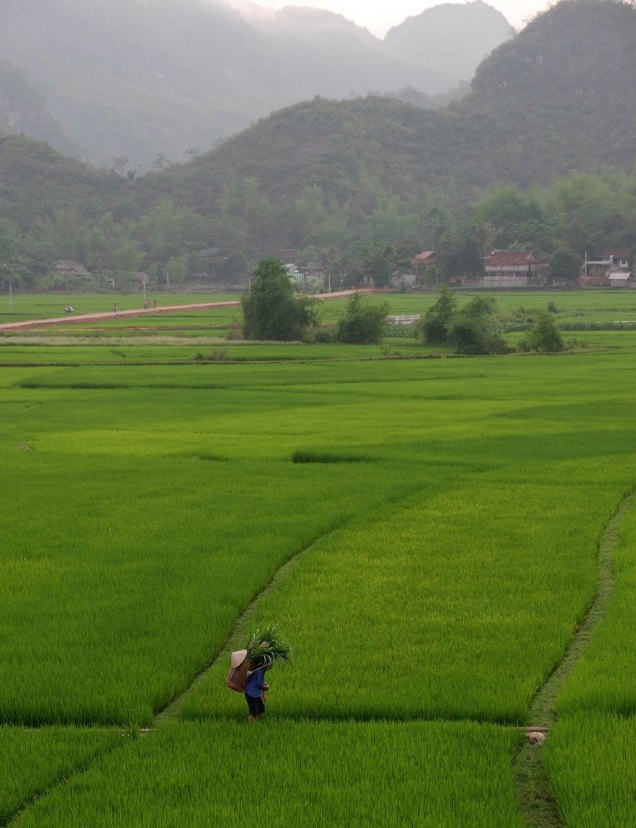 “The price we have paid for expecting to be so much more than our ancestors is a perpetual anxiety that we are far from being all we might be.”
— Alain de Botton 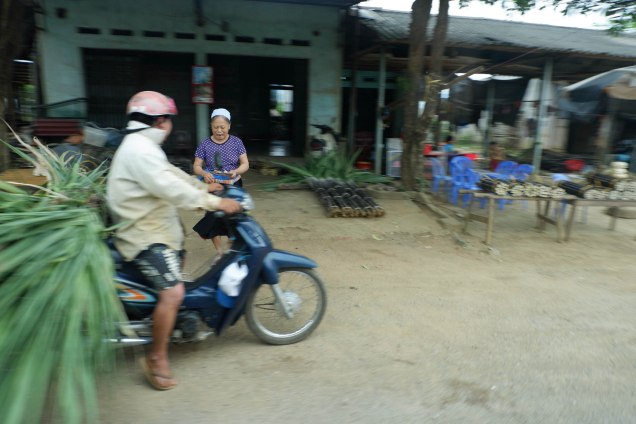 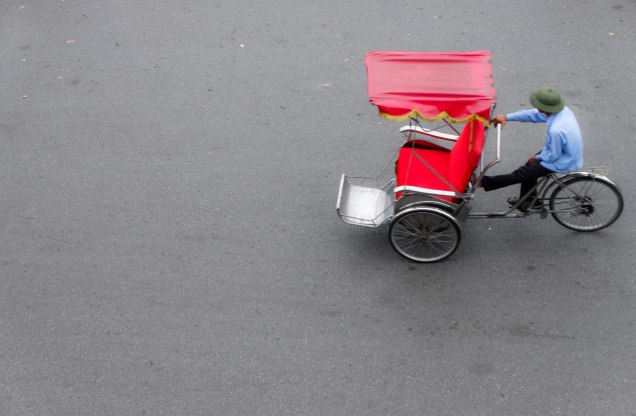 “In spite of everything, I still believe that people are really good at heart.”
― Anne Frank 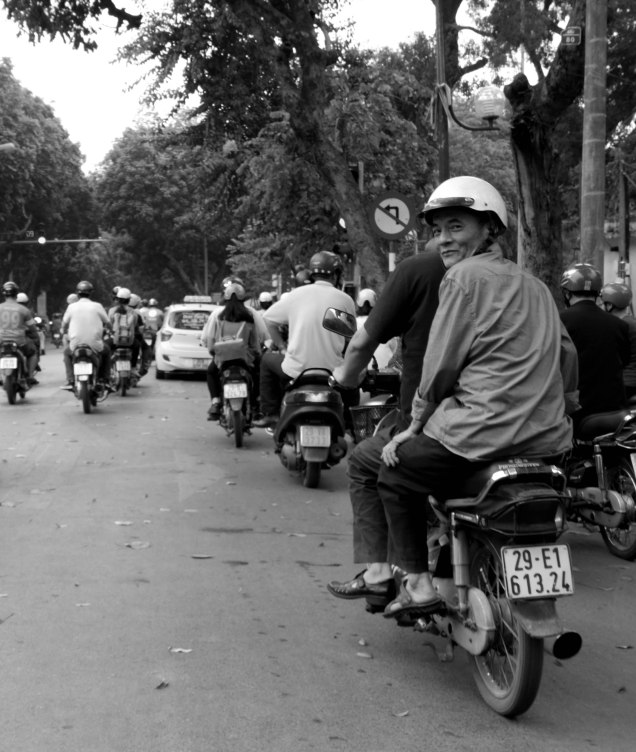 “Always laugh when you can, it is cheap medicine.”
― George Gordon Byron 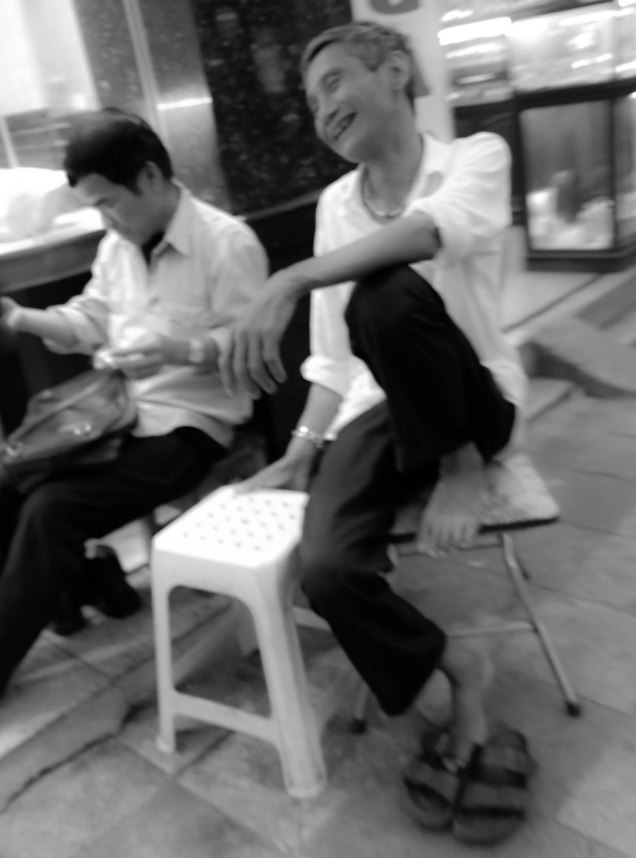 “Youth is like having a big plate of candy. Sentimentalists think they want to be in the pure, simple state they were in before they ate the candy. They don’t. They just want the fun of eating it all over again.”
― F. Scott Fitzgerald 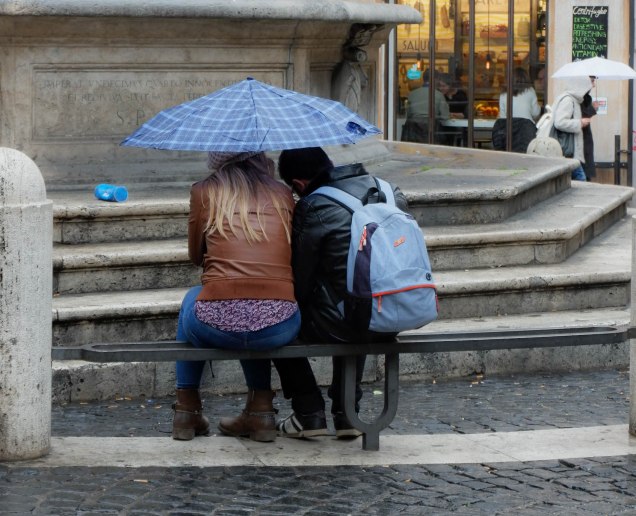 “Once we lose our fear of being tiny, we find ourselves on the threshold of a vast and awesome Universe which dwarfs — in time, in space, and in potential — the tiny anthropocentric proscenium of our ancestors.”
― Carl Sagan, Pale Blue Dot 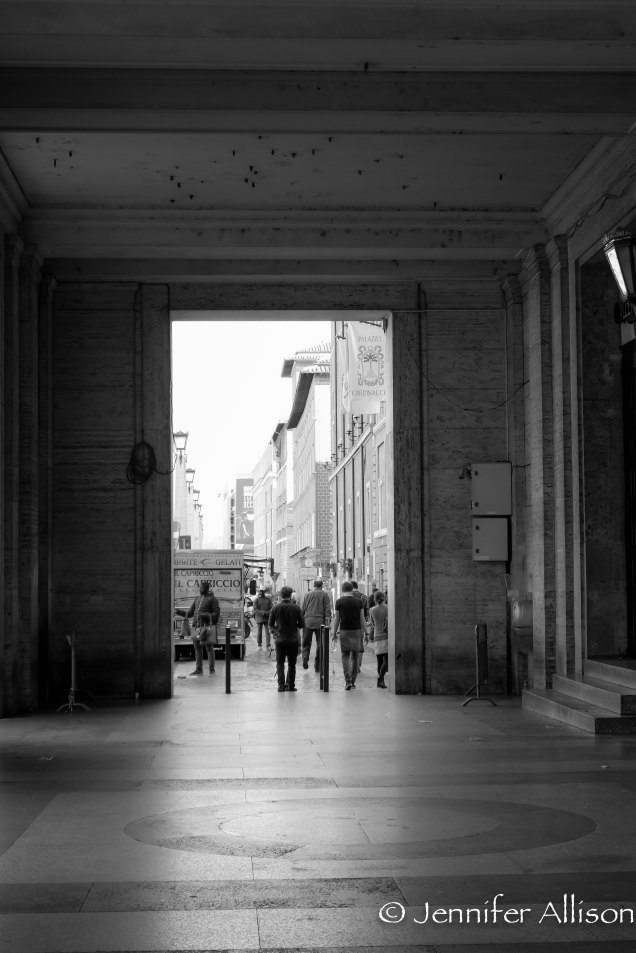 “The guitar is a miniature orchestra in itself.”
― Ludwig van Beethoven 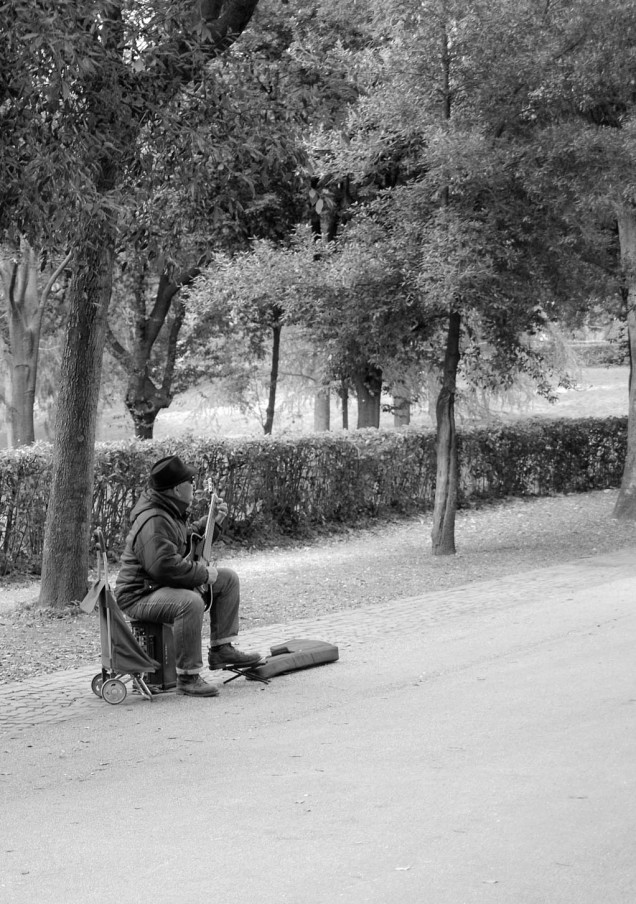 “For thousands of years, it had been nature–and its supposed creator–that had had a monopoly on awe. It had been the icecaps, the deserts, the volcanoes and the glaciers that had given us a sense of finitude and limitation and had elicited a feeling in which fear and respect coagulated into a strangely pleasing feeling of humility, a feeling which the philosophers of the eighteenth century had famously termed the sublime.

But then had come a transformation to which we were still the heirs…. Over the course of the nineteenth century, the dominant catalyst for that feeling of the sublime had ceased to be nature. We were now deep in the era of the technological sublime when awe could most powerfully be invoked not by forests or icebergs but by supercomputers, rockets and particle accelerators. We were now almost exclusively amazed by ourselves.”
― Alain de Botton, The Pleasures and Sorrows of Work 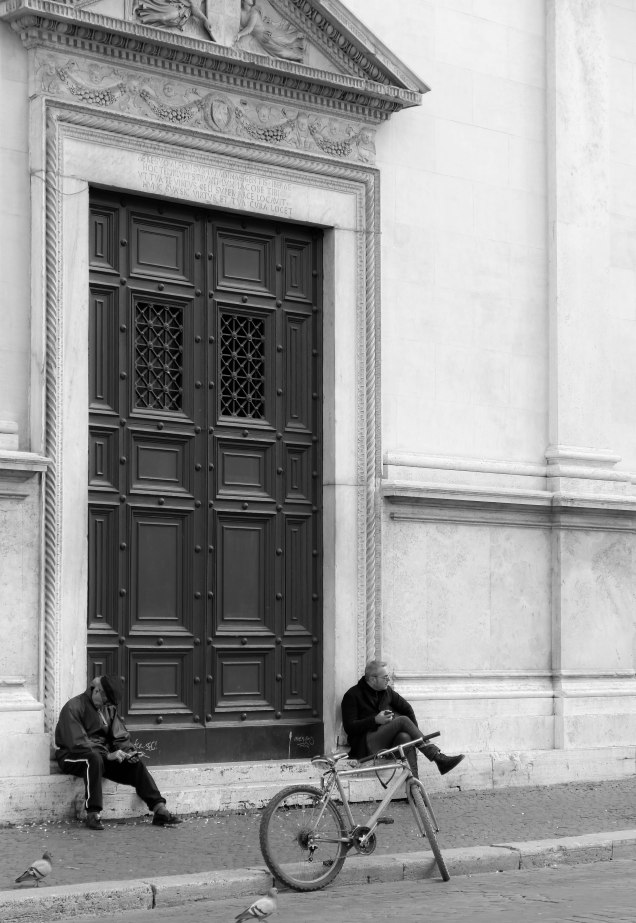 “Love does not consist of gazing at each other, but in looking outward together in the same direction.”
— Antoine de Saint-Exupéry 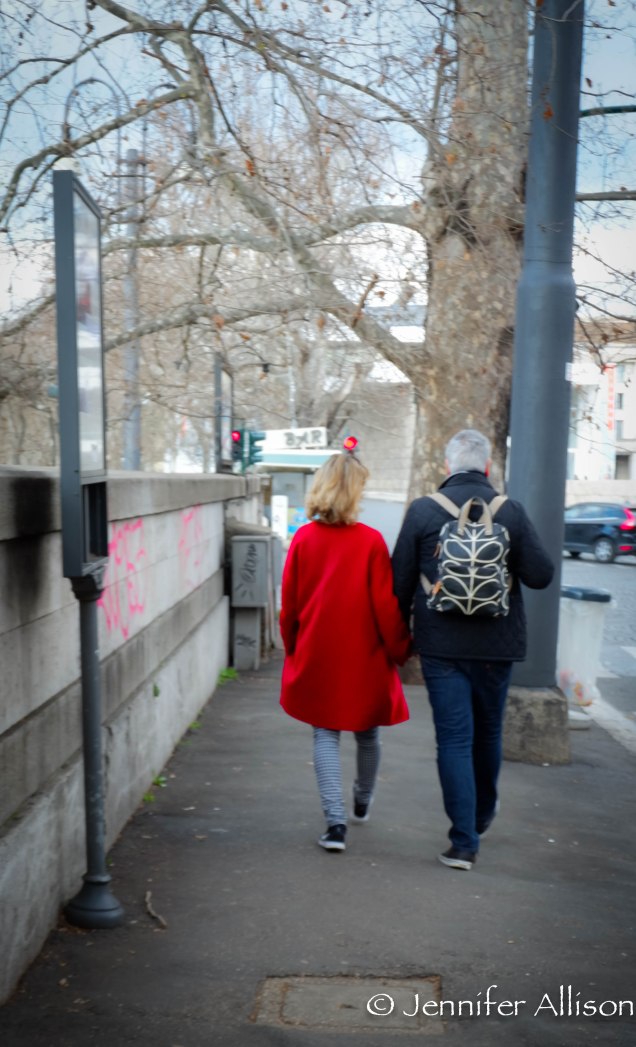 “Life is for the living.
Death is for the dead.
Let life be like music.
And death a note unsaid.”
― Langston Hughes, The Collected Poems 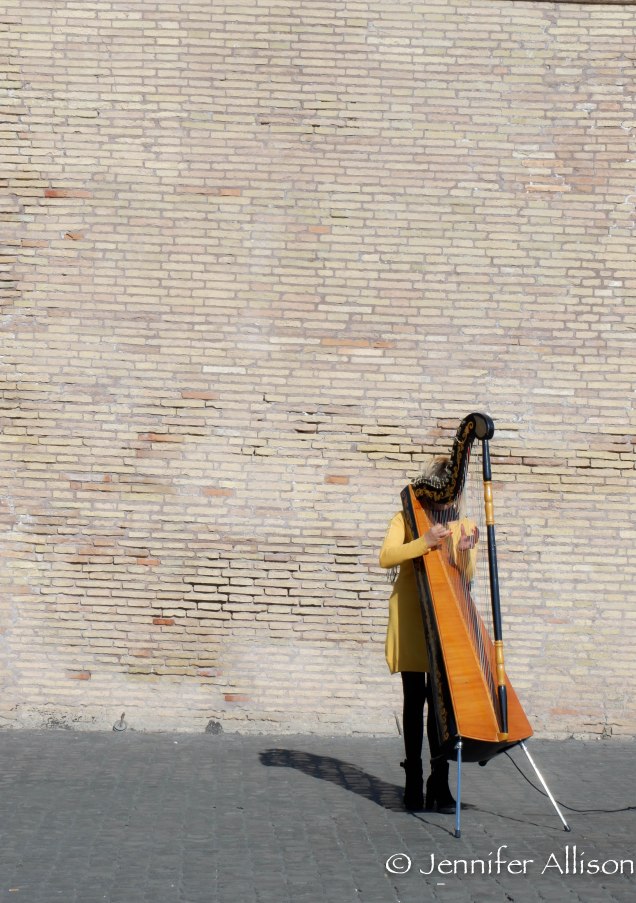 “Technology is the knack of so arranging the world that we do not experience it.”
― Rollo May, The Cry for Myth 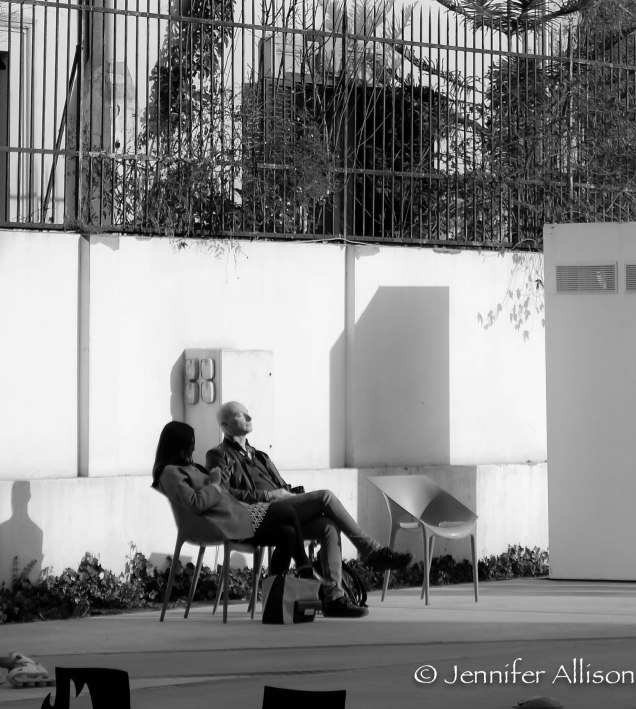 “Architecture is the alpha principle of all arts.”
― Louis-Ferdinand Céline

Today I visited the MAXXI gallery for the Letizia Battaglia exhibit. The oddly out-of-place modern exterior architecture of the MAXXI aside, the interior exhibit space is superb. And as a lover of photography and photo-journalism, I cannot recommend the exhibit enough. I must’ve spent at least three hours in awe at her work, not only in photographs, but her publishing house dedicated solely to women writers. 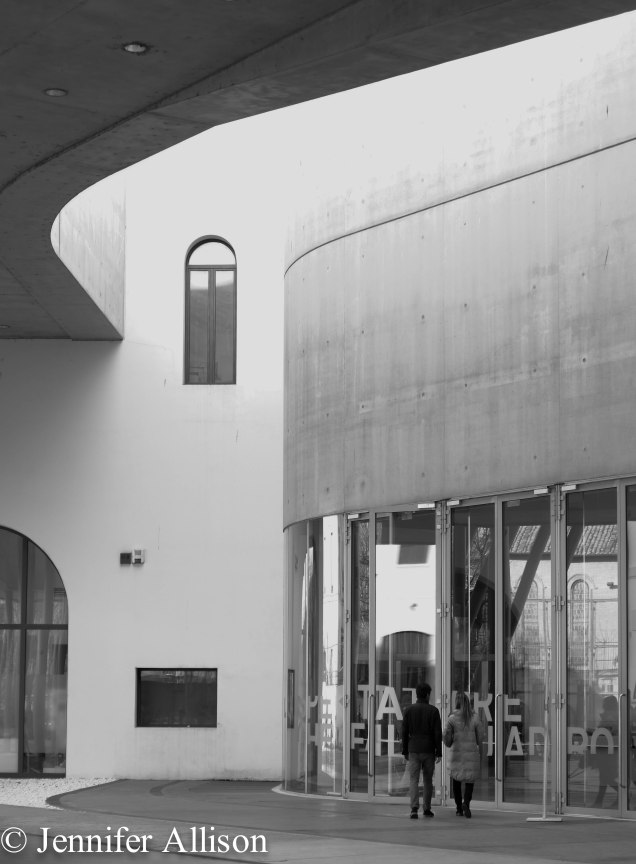 “No matter what happens, always keep your childhood innocence. It’s the most important thing.”
― Federico Fellini 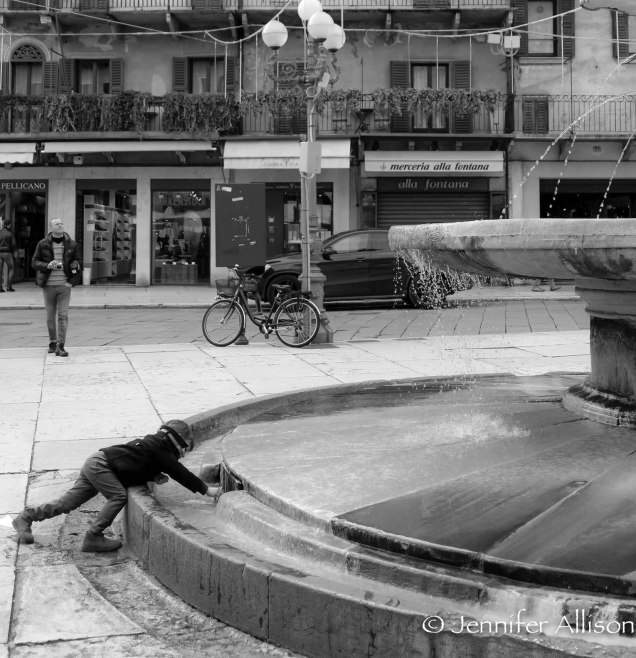 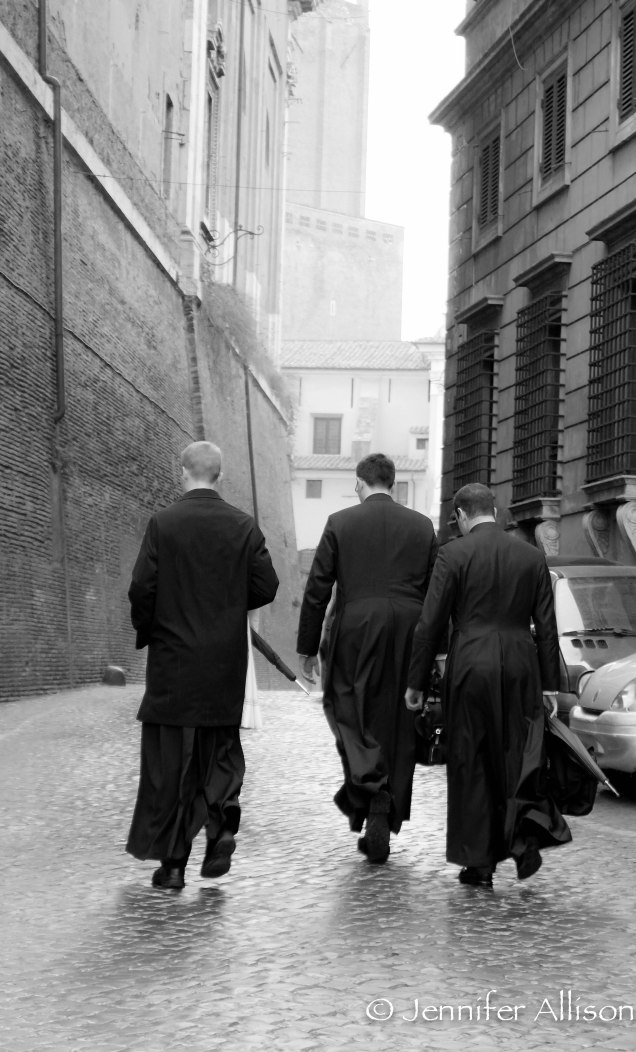 “Remember that it’s only by going off the track that you get to know the country…And don’t let me beg you, go with that awful tourist idea that Italy’s only a museum of antiquities and art. Love and understand the Italians, for the people are more marvelous than the land.”
― E.M. Forster

I’m in Rome visiting my dear friend and editor while working on my book. Between writing and editing, I try to find some time each day to get out and about to both walk and photograph. 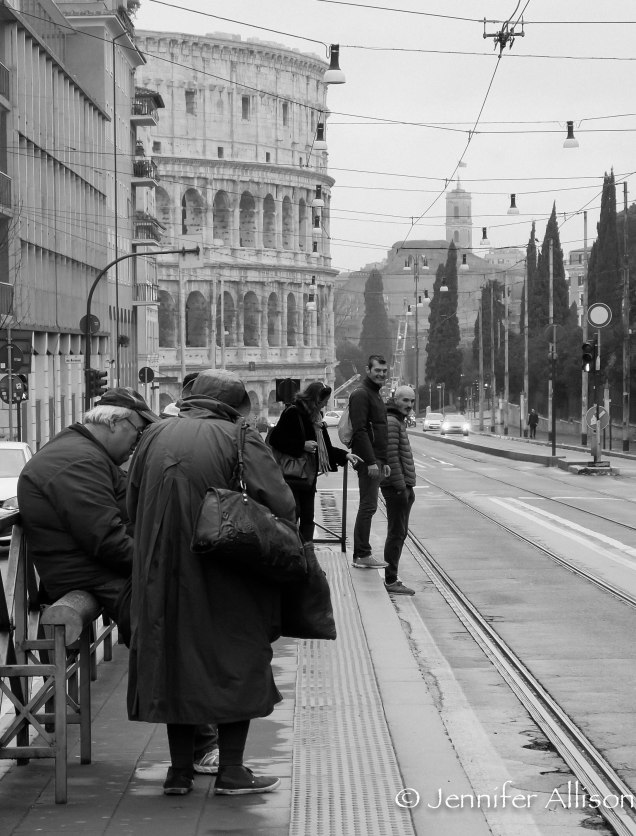 “It is a place that ‘grows upon you’ every day. There seems to be always something to find out in it. There are the most extraordinary alleys and by-ways to walk about in. You can lose your way (what a comfort that is, when you are idle!) twenty times a day if you like; and turn up again, under the most unexpected and surprising difficulties. It abounds in the strangest contrasts; things that are picturesque, ugly, mean, magnificent, delightful, and offensive, break upon the view at every turn.”
― Charles Dickens, Pictures from Italy 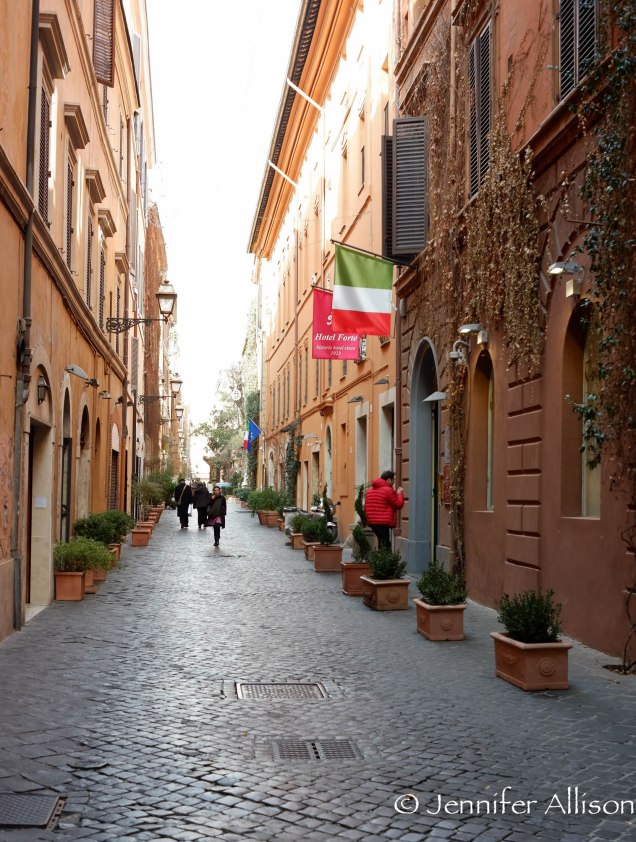 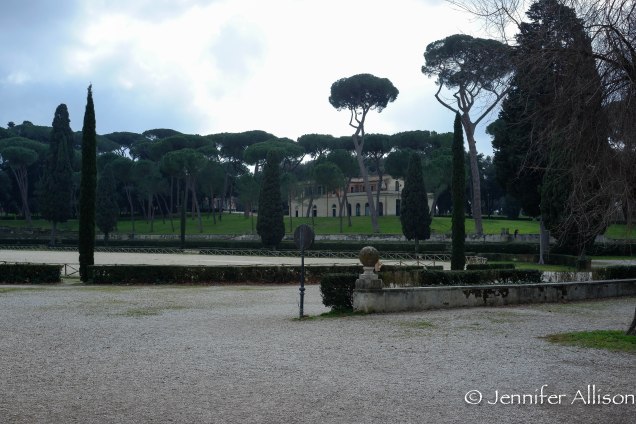 “You can’t hate the roots of a tree and not hate the tree.”
― Malcolm X 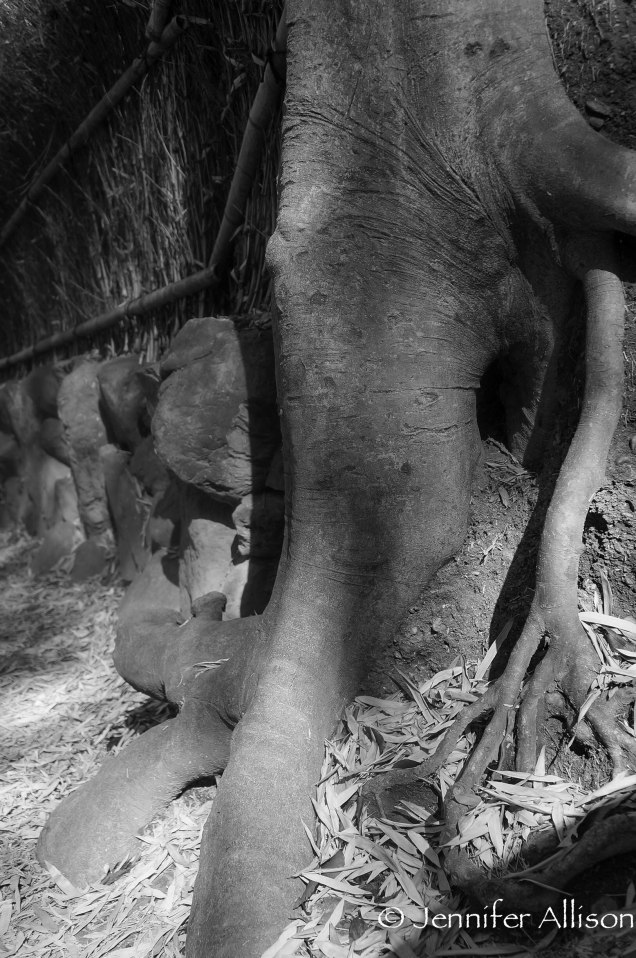 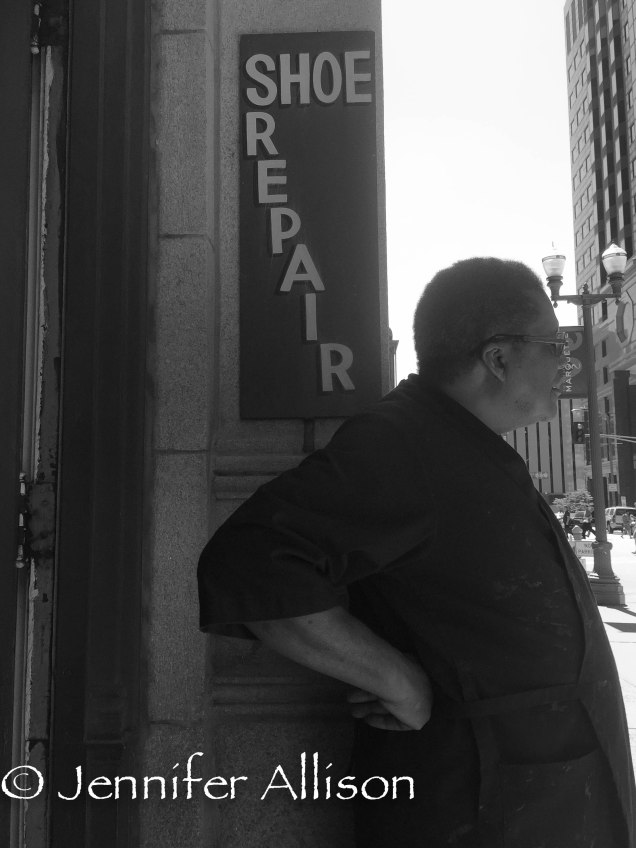 “Literature is the most agreeable way of ignoring life.”
― Fernando Pessoa, The Book of Disquiet

I can generally be guilty of ignoring life. 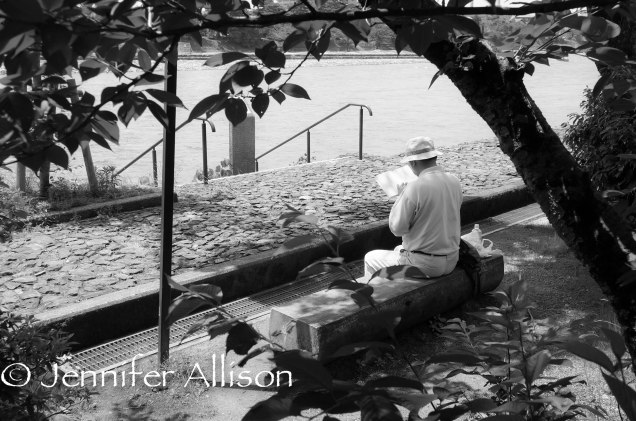 “A picture is a secret about a secret, the more it tells you the less you know.” ― Diane Arbus
Join 1,329 other followers